Here it is: the dead of winter. 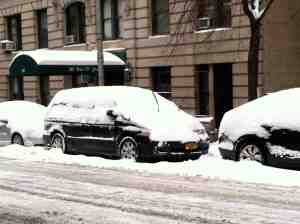 The city is looking bleak. 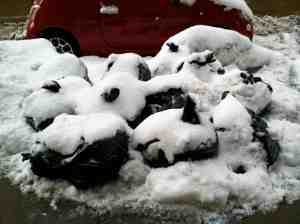 I’ve read in the New York Times that New York is on track for the coldest February since 1934. I wasn’t around 81 years ago to recall that winter, but this February is certainly in the record books inside my head. It’s been cold in winter, but I never remember it being this cold. I wish that I could hibernate until mid-March. Yesterday I woke before the alarm, a melodic tune reminiscent of an air raid siren. After checking the time, I checked the weather. 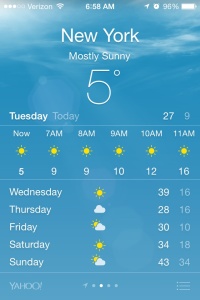 An entire degree for each of my fingers and one for my thumb.

I rolled out of bed reasoning that in six months, it will probably feel a hundred degrees warmer and I’ll be pining for this blast of inhumane skin-searing freeze. Then, I rode my spin bike at warp speed for forty minutes. Afterward, I checked the temperature again anticipating that it might have doubled. 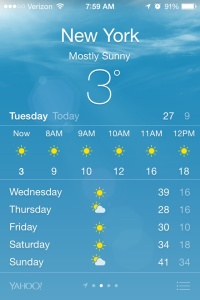 Shouldn’t there be more degrees by now? Are the rest in hiding?

I was not amused. I had the impression that Mother Nature was being a different two-word expression starting with mother. If it had been the weekend, I would have treated myself to a bowl of hearty comfort mush dotted with cranberries and drizzled with maple syrup. 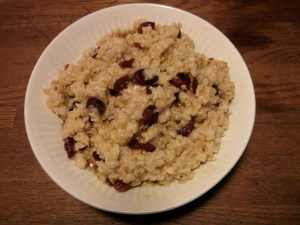 I would have brewed a cup of my favorite green tea that looks like urine but tastes infinitely less disgusting. 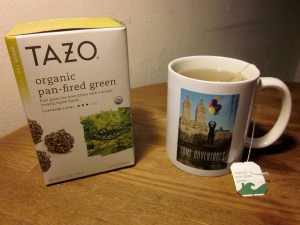 Instead, it was the workweek: the time to grab a banana, a yogurt and a fruit bar to inhale at one’s desk at The Grind while pounding high octane English Breakfast tea to delay the coma that accompanies working in Excel. After locking my hovel, I indulged my obsession with the temperature one last time. Finally, the hallelujah moment had arrived and the mercury was crawling upward albeit with the gusto of an arthritic snail. 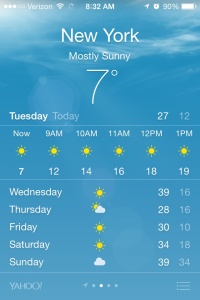 The weather playing hard to get (warm).

One day last week when I woke it was even colder than yesterday’s three; it was one-third the amount of degrees. Yes, it was an isolated miserable degree. 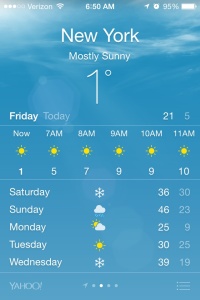 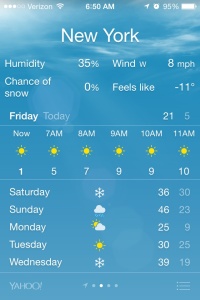 In the almost 32 years that I have lived in New York City, I never recall the temperature dropping down to one stand alone degree. I asked myself:

Me: Am I living in New York or Anchorage? 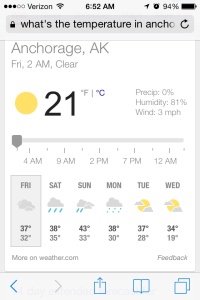 Last Sunday, the temperature soared to 41! 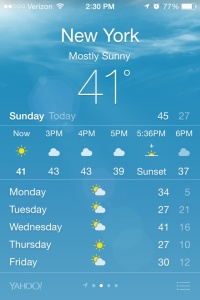 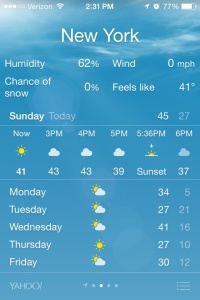 I layered less, wore my lighter down parka, didn’t wear a hat and hightailed up West End Avenue on a walk that predominantly entailed dodging melting snow dripping off awnings, sidestepping mounds of slush and jumping across ankle deep curbside puddles that could have doubled as ponds. Not so simple sidewalk strolling that doubled as an aerobic workout. 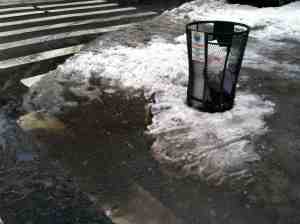 As much as I loathed this obstacle course, I relished being outdoors and not dressed for an expedition in the arctic. The Times has reported that under this long, bitterly cold winter:

The snow, in fact, is a great insulator — the more the better, said Kristin Schleiter, senior curator at the New York Botanical Garden.”

Apparently, when spring arrives, flowers will bloom magnificently and New York is going to be awash in an explosion of color and hopefully not serenaded with a symphony of sneezing. Naturally, I welcome the warmth of spring. It’s a nice antidote to the ice, snow, slush and maybe even this guitar pick some joker left in the tip jar at my laundromat. 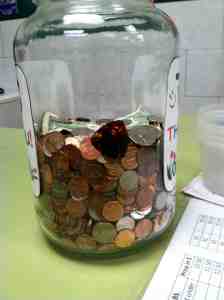 Eric Clapton was not here.