For the fifth year in a row I have attended Gay Pride with my dear friend, Milton. This celebration in lower Manhattan is the largest Gay Pride event in the country, and probably the world. Together, he and I photograph the march to share it with the Lame Adventures audience. Each year, Pride seems to have more corporate sponsors vying for the LGBT dollar, more politicians attending, signifying the value of the LGBT vote, and an ever growing crowd of marchers participating, many dressed in ordinary street clothes anemically waving a rainbow flag. Milton misses the old days when the majority of the participants were flamboyant. He has concluded that with more and more states allowing same sex marriage:

Milton: We’ve become as boring as everyone else. 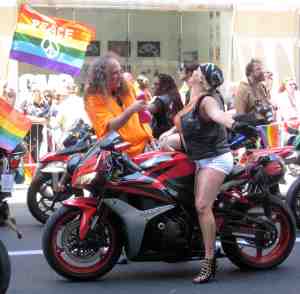 Dyke on Bike getting spray misted by Tiny Tim lookalike.

Eagle Scout: the Boy Scouts had quite a presence in this year’s festivities. 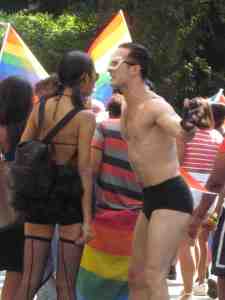 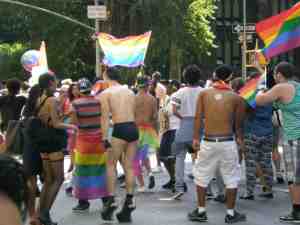 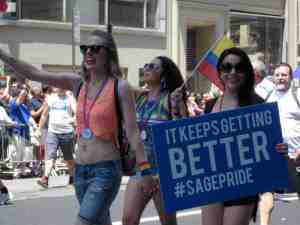 Pretty girls. Focusing on them caused me to miss photographing Edie Windsor. 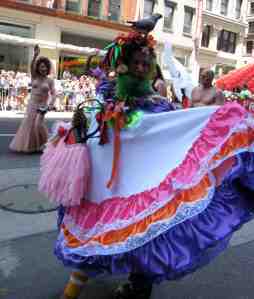 Yes, that is a live bird atop this green bearded bloke’s head.

Live cat atop this guy’s head. 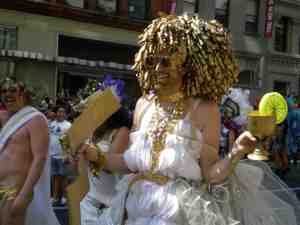 Getup purchased with a gold card?

Doing as the Romans do in New York City.

The gladiators are here. 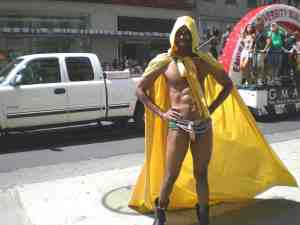 Gay Yankee ingenuity when you lack a rear pocket. 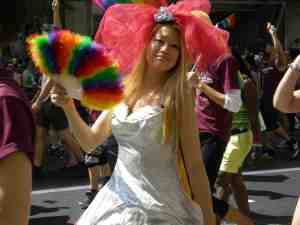 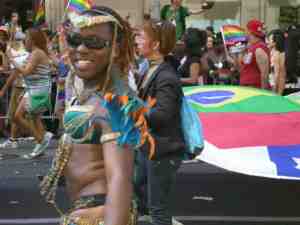 Lesbian and proud, or just stretching her arm.

Man in yellow literally leaving little to the imagination. 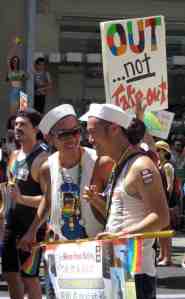 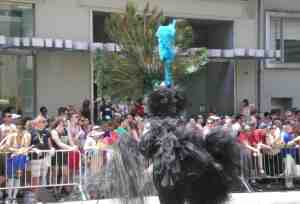 Peacock network banner and a sign of corporate sponsorship. 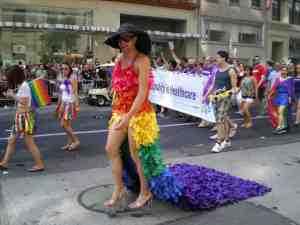 Rainbow flag gown. What will they think of next?

Next is here. Hello Beardonna.

Splits and pass us the Aleve.

Dancing in the street. 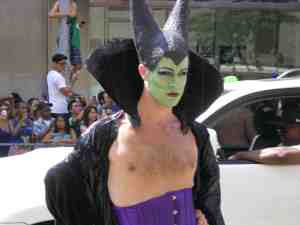 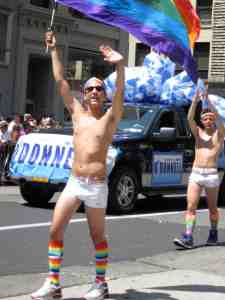 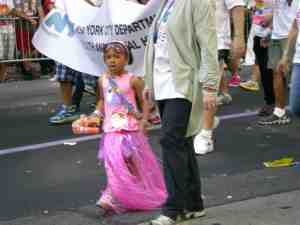 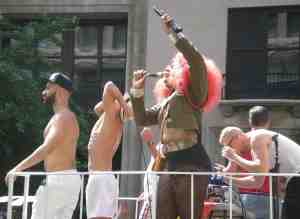 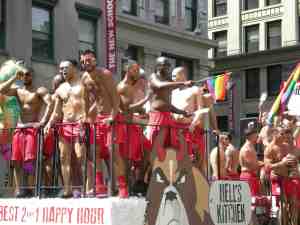 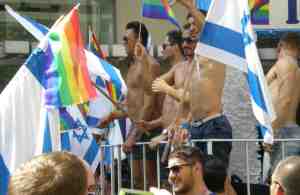 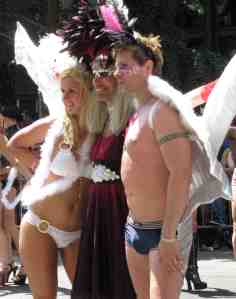 Everyone say cheese and keep your wings still.

Apparently Pride has watered its way down to Walmart.