Lame Adventure 24: Getting Around

In the more than twenty years that I’ve resided in Manhattan, I have never owned a car, but I do have a driver’s license, even though I’ve seldom had a need to drive.  Milton has never owned a car nor has he ever had a license.  We are both hardcore mass transit users, which is pretty typical of many New Yorkers.

Recently, while standing in a crowded 2 express train on my way to work, I became fixated on an ad showing Edie Falco in her Showtime TV series called Nurse Jackie.  I was in my usual early morning stupor, so although I was staring at a picture of Edie Falco, I was not fully focused on who or what I was looking at.  In fact, I initially thought I was looking at an image of Ellen Degeneres in hospital fatigues and I wondered, “Why’s Ellen Degeneres dressed like a nurse?”  Maybe it’s just me at my most bleary-eyed, but I think she and Edie Falco bear quite a resemblance. 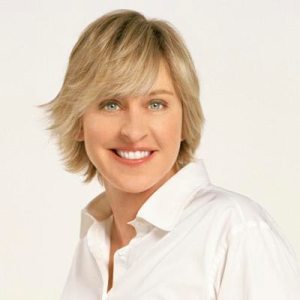 Although I am not a car person, I often read about cars online, primarily as a form of procrastination away from writing my play, a mystery about an endearing half deaf short person of indeterminate race and gender who suffers food addiction.  One car story I recently read was published in The New York Times about the new four door 500-horsepower Porsche Panamera Turbo that costs $132,600 for the low-end model and $157,040 for the in-your-face edition with every available option including a working toaster oven.  It is possible I may have imagined the toaster oven since that was not mentioned in the Times’ article but I have been craving Pop Tarts.

For the more budget conscious Porsche enthusiast with a family, a model will soon be available with a V6 engine starting at a modest 75 grand, or seventy years worth of $89 monthly Metrocards to strap hangers like Milton and me.  No matter what model is purchased, all four seats will comfortably fit any passenger who is 6-feet-2; this was a demand of Wendelin Wiedeking, Porsche’s former chief executive who is that size and apparently so diverse, he’s comfortable with being both the motorist as well as the back seat driver providing GPS service.

After reading about this new family-friendly Porsche, I called Milton.  We’re both trying to wrap our brains around the necessity of a sports car suitable for people with kids.  It strikes us as perverse for we think of sports cars as two seaters for people heading to a fun and sexy rendezvous.  Of course, you want to get there fast, because you’re eager to have fun and sex.  We do not think of sports cars as being available in a size that accommodates parents traveling to hunchbacked spinster Aunt Helene’s with bickering children alternately whining, “Are we there yet?”  Is anyone in that group in a hurry to eat coffee cake with a judgmental geriatric that loathes restless, bored small-fry?  Milton thinks this Porsche’s target demographic is a quartet of wealthy gay guys heading to Provincetown, and then added, “I’d get a Lexus.”  If Milton and/or I were to ever ride in a Panamera, if only around the block, considering that the Times compared it to the bullet train, it would probably behoove us to pop Dramamine before take-off.

Porsche Panamera - the vehicle that will get the kids to school at warp-speed.

Back in the day, my family-guy dad drove GM cars.  In 1968, he upgraded from Chevys to Buicks.  That was the year he purchased his first LeSabre.  It was so big, so powerful, so comfortable and so solid, I recall referring to it as “a rolling couch.”  It was in an electric blue color with a black vinyl roof, and had other extras including air conditioning and a shrieking alarm that my grandmother instantly activated even though my father had shouted at her, “Ma!  Don’t open the door yet!”  My dad’s LeSabre was the envy of the entire neighborhood.  Mean Streak, our slobbering dog, was not allowed to ride in it.  I asked Dad what he paid for that car.  He said, “About 82-83 hundred.  That was a lot back then.  It was top of the line.”  I did not tell him about the Panamera.

One response to “Lame Adventure 24: Getting Around”