Shortly after I arrived at work on Wednesday, Greg, my sidekick, told me that he just heard on the radio that Elizabeth Taylor had died.  I waited about an hour before casually mentioning it to Ling and our boss, Elsbeth.  Neither of them knew and both felt a twinge of sadness for the passing of this Hollywood legend. 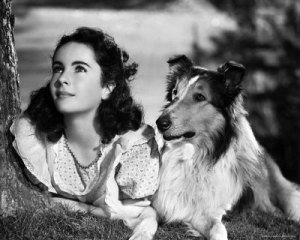 The only others I would be inclined to tell would be Milton and Coco.

In the case of Coco, one of her minions is a chap that’s so gay, he is practically the rainbow flag on feet.  I deduced that he was a likely source of spreading this news her way.  If not, she doesn’t live under a rock so she could have easily figured it out for herself a million other ways from taking a glance at CNN on her iPhone or overhearing someone talking about it at work since her desk is right next to the bathroom.  It seemed highly likely that when someone was not asphyxiating her with a heavy finger on the Oust, she could just have easily overheard someone talking about this event.  Therefore, instinct told me that Coco knowing was not a problem.

Yet Milton … That had potential problem written all over it.

Whenever there is the “bring out your dead” segment at an awards show, Milton often remarks how he was unaware that someone had died, and I will say:

Me:  You didn’t know that [insert name of dead person] died?

Unlike my grandmother who was the type that would shout from the rooftop the second she heard that anyone had kicked, I always found her exuberance as Allan Greenspan would say, irrational. I am glad that a guy as subdued as Greg told me about ET this morning.  He knows when news is big whereas my grandmother would have made a career out of being the blatherer of bad news 24/7 if she could. She lived to talk about who died daily; even if it was someone she had never heard of in her life such as Terry Kath, a member of the band Chicago.  Since she knew I was a huge music fan she thought she had reeled in a fat fish of disappointment for me when she told me he had committed suicide.  I tossed that fish right back at her when I said:

Me: I’m not into that band. I have no idea who that guy is.

I later learned that he did the guitar solo in their hit 25 or 6 to 4. 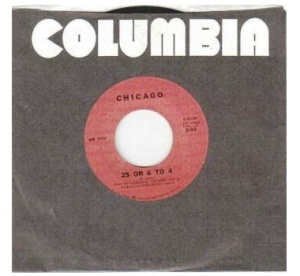 This is not from my 45 collection.

I have no idea what that song is about.  I have never owned a Chicago record in my life.

Yet, I knew that Liz Taylor checking out would be monumental to Milton, but I was hoping that somehow he’d find out through someone else or Facebook.  After a few hours I forwarded him her obit in The New York Times and by then everyone else he knew had contacted him.  I felt immense relief.

That evening Milton met me as I was leaving work.  He had spent the weekend integrating New Hampshire, so I asked him how his trip went.  This was the first time he had flown in a plane since the nineties.  He enjoyed seeing his friends, but was apoplectic over the aircraft, describing it as follows:

Milton:  It was so small; it couldn’t even fit Diana Ross’s luggage.

Me:  It was a propeller plane, right?

Milton:  It was a propeller plane!

Me:  Albee told me that.

Milton:  Albee knew I would be flying on a propeller plane and you didn’t tell me!

Me:  He told me I shouldn’t tell you because then you’d probably cancel your trip.

Milton:  Yes, I would have canceled had I known I would be flying in a propeller plane!

Thanks to Albee urging me to keep the bad news about Milton’s first flight a secret, coupled with Milton surviving that flight, Milton has a new appreciation for jets and might actually fly again in less than fifteen years.  Maybe he’ll even fly to wherever Liz is buried to eat a donut in her honor at her grave.  As Joan Rivers once quipped about Liz’s frequently high weight once she reached her middle years,”Is Elizabeth Taylor fat?  Her favorite food is seconds.”  On Wednesday, Joan was Tweeting about feeling as lousy as the rest of us knowing that Liz is gone.