On my first workday morning of the New Year, I was the first member of my department in our office. I went through my usual machinations: turned on my computer, logged in and then approached the water cooler to make a cup of hot tea. Our water bottle was full, but only one drop of water dripped out of the hot spigot of our dual temperature cooler. I tested the cold spigot. Not a single drop emitted there. Bad sign.

I hightailed down three flights to the Accounting department where I filled my cup when no one was looking. Accounting hates my department, Design. They think we’re superfluous; my boss, Elspeth’s vanity project. I did not want to feel guilted into leaving a kidney and a dollar for them so I raced out their back door sight unseen. When I returned to my office, my colleague, Godsend, had arrived.

Me: I think our water cooler shit the bed!

I bellowed for the company janitor on the Voice-of-God intercom that is heard throughout our entire six-story building and halfway across New Jersey. This was a crisis. He came quickly. I explained the situation. He disassembled our water cooler and discovered that it was frozen solid inside. 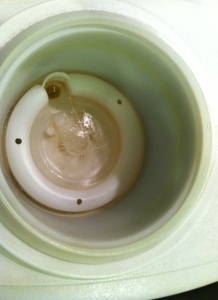 We unplugged it and waited a few hours for it to thaw. Once the ice melted, I plugged it back in and tried to run water out of it. Nothing flowed. 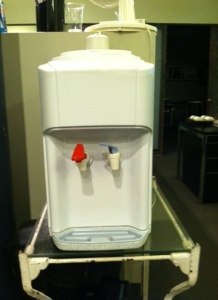 Debottled and dysfunctional (could double as a band’s name).

The next morning, the water in the well had frozen again. Even though I am not a Water Cooler-ology major from MIT, I guessed that there was something wrong with the thermostat. This would be one of those repairs that would cost more than replacing the unit. It had been in use for the entirety of the ten years that I have been employed in the dual role of Minister of Tile and the Person Who Deals with the Crap No One Else Wants to Handle. It had probably been in continuous use for about fourteen years. I threw myself on the grenade and visited the immovable mountain that is the Accounting department to beg for a replacement. Spewing fountains of contempt, they’re fine if Design is parched.

I return to my desk, Google water coolers. Home Depot is a good source. I see one that I think will work perfectly for us. Elspeth tells me to order it.

Our new cooler arrives on Friday. Our shipping manager unpacks it and I proceed to conduct the setup. The only instructions are a red caution card hanging off the hot water spigot warning not to activate the cooler’s hot switch until after the tank is filled. 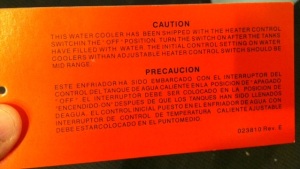 We plug in a new water bottle, wait for it to fill the tank and then I insert the cooler’s plug into the wall socket. Easy peasy.

A cloud of noxious vapor belches out of the cooler’s rear vent directly into my face. The fumes fill our office.

Even though it is nine degrees outside, Godsend opens the windows. I call our cooler’s manufacturer and get through to a technician. He diagnoses that a snafu occurred: it somehow shipped with the off-switch in the on position.

Hidden under this tape behind the black metal grate, the off switch is on.

Because it seems to be working normally, he is keeping a file on it but will give us a replacement should it eventually malfunction. While I have him on the line, I ask how sanitary it is from the get-go. The conversation gets awkward.

I heed the message and flush out half the new bottle in a bucket. The stink in our office has faded, but Godsend remains traumatized from witnessing that cloud of vapor explode in my kisser. She has willies similar to the ones she suffered that time we noticed the copper-colored mineral buildup in our old cooler’s well. 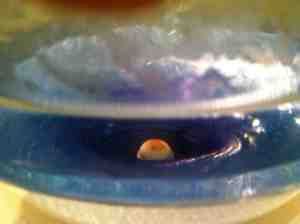 I’m not wild about personally doing a taste test of the new cooler’s water. I call Donald who works upstairs who agrees to be our guinea pig. Before drinking a cup of cold water and a mug of hot tea he tells me that if anything happens to him he has two words for me:

Me: Thank you for doing this for us.

Donald drinks. Godsend shudders. I check my watch wondering how long before it’s quitting time. He announces that the water tastes fine hot and cold. I get thirsty and try the water. I assure Godsend that it tastes good.

Me: It’s irrational to fear the water cooler.

Godsend remains unconvinced. I have ways to change her mind. 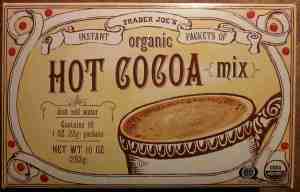